The global carbon cycle is central to life on earth because, excluding the mass of water, about half the mass of all organisms, living or dead, consists of carbon. This includes coal, oil and natural gas, which were formed from the bodies of living organisms. Green plants change carbon dioxide to organic matter by the process of photosynthesis. Animals and microorganisms consume organic matter and release carbon dioxide through respiration. This cycle is as old as life on earth. Humans alter this cycle by burning fossil fuels that increase atmospheric carbon dioxide concentrations, and by altering the ecosystem processes responsible for carbon cycling, such as plant growth. Carbon dioxide is an important greenhouse gas that traps heat in the earth's lower atmosphere. Atmospheric warming also alters the global carbon cycle, for example, by changing the rates of photosynthesis and respiration. 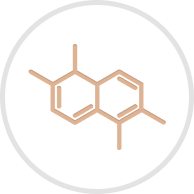